It’s official that BURN2 SL 2013 is over for another year and wow it’s been great the past week on the playa. The last of the events finished last night and now everyone can rest for another year knowing that this year was a success. This year I managed to greet new visitors, dance around, explored artist builds and even capturing owl snapshots. We are now into the cool off phrase after the party.

The Press Day event was enjoyable and interesting again this year with many SL bloggers and SL media attending to get a sneak preview of the six regions. The grand opening was very popular and busy this year with hundreds of avatars exploring the regions. I’m glad there is still interest for the annual BURN2 event in Second Life after Linden Lab stopped funding it back in 2010. I do think more needs to done to get the word out to more people on the grid to let them know of this well known event. I think that OpenSim grids should think about hosting BURN2 event because that would be fun and interesting to see what they will come up with.

The good news is that the BURN2 regions will remain open until sometime between 11th-15th November 2013 when they will go offline. If you have not visited the sims yet then this is the last chance to do so. 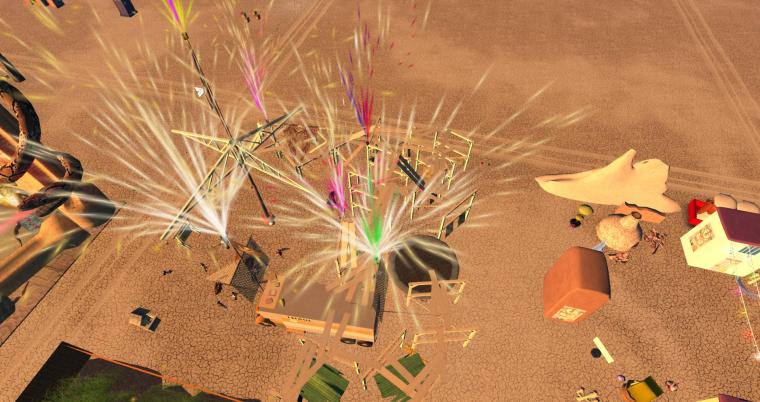 There was a high attendance this year around the playa this year which was good to see and the live music events rocked once again. I thought the burning of Mini-Man, The Man and The Temple were very good indeed this year and different to previous years overall. The balloon trip on greeters gate road was a fun adventure this year because of the nice views you get high up looking over everything. I did notice that lag was much better this year compared with previous ones which made the experience for me better.

NEW VIDEOS of The Man & The Temple burns filmed by Radioactive Rosca.

The owl enjoyed doing new things at BURN2 2013 this year like going on a balloon trip, eating breakfast, getting hot near during fire related events and greeting visitors above. S 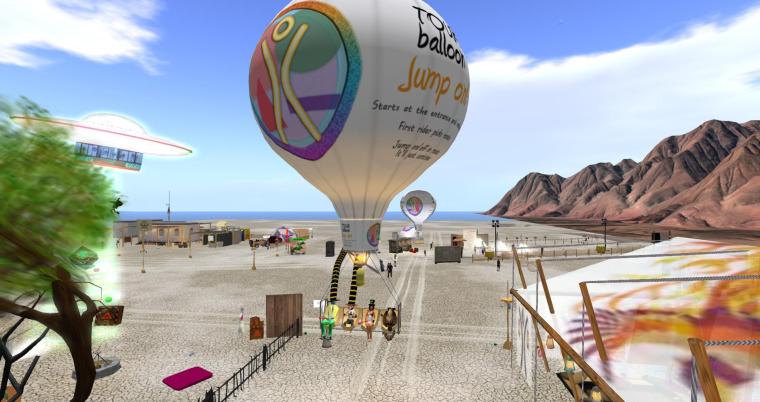 ^ Owl having a breakfast on the playa ^

^ Owl keeping warm by the fire ^

Thanks to all the volunteers, managers and rangers for making BURN2 2013 fantastic once again. Woooot!

What did you think of BURN2 2013 this year ? and do you have any suggestions for next year ? Please share your views in comments. 🙂