The big news today is that America has elected Donald Trump as the 45th president of the United States after a historic victory. Donald Trump won with 289 electoral votes compared to 218 for Hillary Clinton.

On social media during the night there was plenty of buzz with many of my friends in shock as America started to turn red in key states for Donald Trump. From what I have seen so far on the SLUniverse Forums, Plurk, Twitter, Facebook etc the result has been a nightmare, a disaster, quite sad and very shocking. I have not really seen any positive comments so far which is not surprising.

The Donald Trump HQ in Second Life seems to be rather quiet this morning with hardly anyone around to celebrate and hang out. 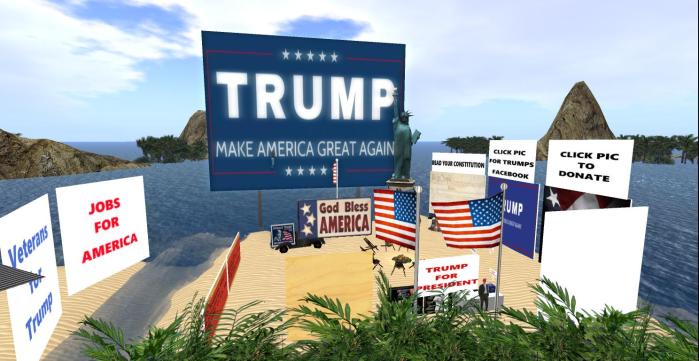 What did you think of the result today ? 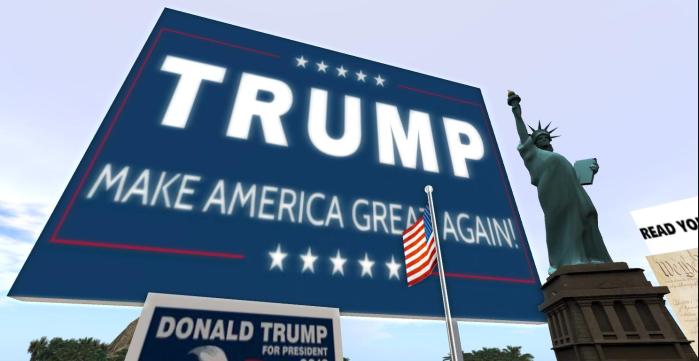