Recently I found out that my friend Uccello Poultry in Second Life sadly passed away. I am heartbroken and shocked to hear about this. It’s upsetting as I write this blog post.

Over the years Uccello mentioned me on her blog which was really nice. We went on grid adventures across the grid and we had nice long chats. Uccello transferred over from the teen grid many years ago. She loved following my blog ❤️.

Uccello helped the Second Life community in so many different ways over the years and she was much loved by everyone that knew her.

This is a big loss for Second Life and in real life for all of her family/friends. Rest in peace Uccello. You will never be forgotten.

You can now expect to see prettier Windlight visuals as a shareable inventory item. Plus customisable sun, moon, clouds, and water textures and these will probably be the most noticeable differences to most people. EEP has been long awaited to launch grid wide and it’s finally here.

EEP is a major enhancement to the legacy Windlight environments, introducing new inventory object for defining the environmental settings.

What does EEP offer ?

New LSL functions rolling out as part of EEP allow scripts to interact with parcels’ environments:

llGetSunDirection and llGetMoonDirection allow scripts to accurately track both the sun and the moon as they move through the sky.

llGetEnvironment gives a script access to all the parameters that go into generating the parcel’s environment.  For example, flowers can change their color based on the ambient light color.

Stay updated on the latest developments via the EEP section on the Second Life Forums. 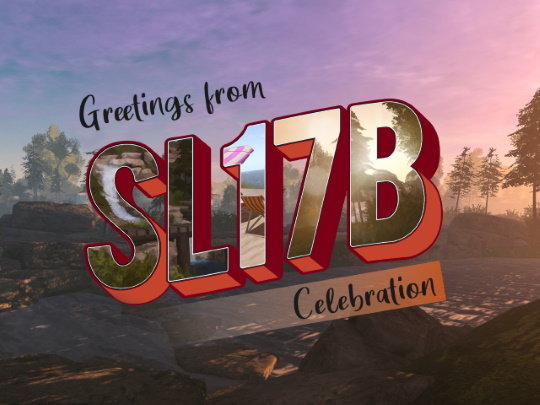 For those that are accepted there will be pre-birthday training sessions, you will be added to the SL17B inworld groups and asked about the availability for shifts at SL17B. I strongly recommend if you love helping then this is something for you.

We’re looking for volunteers to help people celebrate at the upcoming 17th annual Second Life birthday celebration (SL17B), held June 19-July 10. We are seeking Residents with great people skills and a love and excitement for Second Life to help us make SL17B a huge success! If you like the idea of promoting Second Life in a positive way to thousands of people in a  celebratory atmosphere, we welcome you to apply today! The application will remain open through May 18.

Applications will remain open until 18th May 2020.

This week a new batch of pink SSP regions were added on the grid. There is a total of 50 regions under development from SSP1501 to SSP1550. The moles could be doing anything here from testing/planning/building for the next Linden home style. It will be interesting to see what comes next now.

What Linden home themes would you like to see launched next ?

Today marks Bellisseria’s first anniversary in Second Life since the new premium homes first officially opened up for Premium subscribers. Bellisseria started with a good hundred or so regions and a year later it’s pretty massive with thousands of new Linden homes. The lab and the Moles have done a great job.

I remember when the first SSP regions appeared on the grid back in mid August 2018. It all started with just 80 SSP regions (SSP1 – SSP80) and back then the regions were marked as Linden owned. 8 months later and the Bellisseria continent opened up to everyone.

It’s been exciting to see the birth of a new continent and see it grow over time.

Bellisseria is amazing, the community is still actively growing every week and it’s definitely a major step forward in my opinion. The best thing is the Bellisseria continent is set to grow even bigger in the months ahead with more new themed home styles.

The new railway system, the airstrips, the new community areas, the new water areas and the different landscapes I love the most about the Bellisseria continent. I love going on adventures, tracking new developments and blogging about it.

The different Linden home themed styles have worked pretty well so far. These include Traditional, Houseboats, Trailers/Campers, Victorian homes and more recently with the new Log homes. These new styles are so much better than the old Linden homes and at some point the lab will probably shut them down. Could happen later this year or within the next few years.

I can’t wait to see what the next 12 months will bring. Happy 1st birthday Bellisseria! 🙂

On Monday 13th April Linden Lab officially announced the return of last names for the Second Life community. It’s now effective as a new option for only Second Life Premium Members. You can now change either your first, last or both names.

Please note that “display names” are still available at no charge to everyone.

Log into your Second Life account online to check them out. It will cost you $39.99 and a Premium subscription. It does seem expensive but maybe the lab may lower the cost at a later point. The list of names will be refreshed on a regular basis.

In order to ensure your name changes proceed smoothly, please make sure you are logged out of the viewer before changing your name. There may be a delay of 24-48 hours for your new name to show across all services in Second Life.

For all new residents joining Second Life they will not be able to change names until they upgrade to premium. It will still remain and show “Resident” as default.

THE RETURN OF LAST NAMES

Given the ongoing interest in “last names” among our community,  we’ve reinstated “last names” effective today as a new option for Second Life Premium Members. If you have a Premium account, you will be able to visit https://secondlife.com/my/account to change your first, last or both names. In the true spirit of the original “last names” option last seen in 2010, participating Residents will once again be able to choose from a rotating list of available last names. Some names may only be available for a limited time, so if you see one you like then you might want to claim it quickly!

Already changed your name and want to go back to one of your old names?  You can do that too!  After you have changed your name once, you will see a list of your previous names below the list of available last names.

What do you think of the return of last names ?