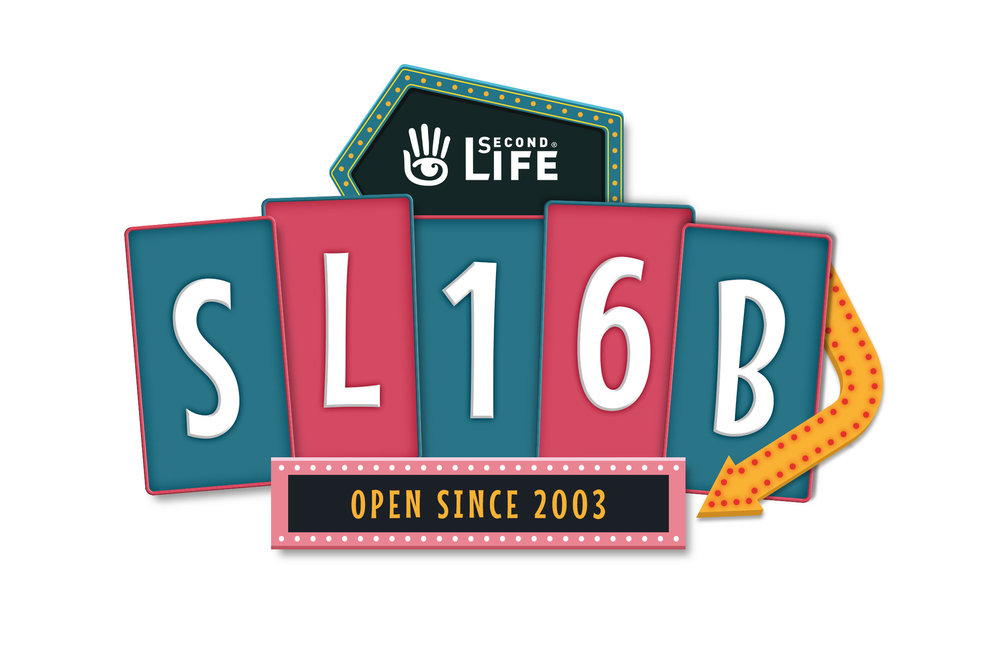 Today Linden Lab have officially announced Second Life 16th birthday celebrations set for 20th June through until 8th July 2019. Apparently SL16B applications will be opening soon (probably within the next weeks) for volunteers, exhibitors and performers. The theme for SL16B will be set around the 1950s with a ton of fun events planned.

The SL16B regions have recently arrived on the grid which is good to see. Early preparations are now underway and the countdown has officially started for the big event.

It feels like we just packed away all that crystal magic from our 15th anniversary celebration, but our sweet sixteen is just around the corner! This summer, we’re throwing a huge celebration to commemorate 16 years with this incredible community and we wanted to fill you in on just a few of the details.

Sixteen years ago, on June 23rd, 2003, Second Life launched to the public. Though it feels like just yesterday and a lifetime ago at the same time, this year we couldn’t pass up the opportunity to go retro and embrace the “Sweet Sixteen” theme for our big party. Sock hops, bowling alleys, and late nights at the diner were a quintessential part of many teenagers lives back in the 1950s, but the 1950s were also a time of political and social change. The world was shocked by the iconic ‘Elvis pelvis,’ and poodle and pencil skirts changed the fashion world forever. Rebellion became the titillating pastime among all that soda shoppe sweetness. It was an era that – like Second Life – rocked and rolled! So, this summer we’re throwing a 1950s themed SL16B with a TON of fun events and happenings. Here is a brief rundown of just a few.

SL16B Applications for volunteers, performers and exhibitors will be opening soon – so stay tuned to our blog for more updates as these applications become available.

The lab have confirmed they are bringing back the shopping event, music festival along with gifts and parties for SL16B. The full details can be read below…

SL16B Shopping Event
We’re bringing back our multi-region inworld shopping event, complete with gifts and great deals from many Merchants from all over the Grid. If you are a Merchant and you’re interested in submitting an application to participate, please visit and complete this form. The cut-off for submissions will be June 1st, 2019, so be sure to apply sooner rather than later. The shopping event will take place for the duration of the celebrations – June 20th, 2019 through – July 8th, 2019

SL16B Music Fest
The 1950s were an exciting time for music – and we have such an incredible live music community in Second Life, we’re going to carry on the tradition of Music Fest and will be announcing application for the audition showcase and more very soon.

SL16B Gifts and Parties
There really ain’t no party like a Second Life party – and there will be some parties within the party that you won’t want to miss. Come As You Were Party (dust off those oldbies and round up those Ruths) and a modern twist on the dance party are just a few of the opportunities you’ll have to come out and shake your virtual tail feathers. There will be costume prizes – so start planning those looks. Dates will be announced as we get closer to the celebration.

Last year we introduced the Swaginator at SL15B – and we’re bringing it back again this year with some updates and changes based on feedback. You’ll hear more about this as we get closer – but Swaginator gifts will be easier to get than ever!

98 days and counting until SL16B