Creator preview invites are being sent on a rolling basis up to public release. More to come very soon!

The latest news according to the official Sansar Official Twitter page is that Creator preview invites are still being sent out on a rolling basis up to public release. There are now roughly three months until the official public launch of Sansar (January 2017) and I’m looking forward to trying it out early next year.

For those that have been invited to try out the Sansar Creator preview they must agree to an NDA and EULA meaning they can’t say anything about what they have seen so far.

When Sansar opens to the public the platform will be optimized for amazing VR experiences and it’s going to be scalable for many different kinds of systems. Second Life will continue alongside Sansar for many years to come.

Are you excited about the public launch of Sansar in January 2017 ? 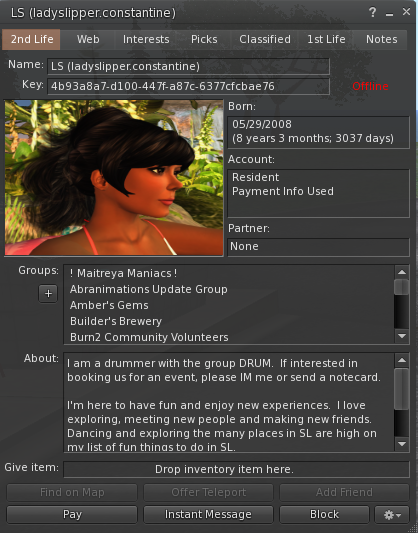 I will personally miss her and she will be deeply missed by the Second Life community. It’s just not going to be same inworld again. 😦

As many of you know Ladyslipper Constantine was involved with Virtual Ability events, Virtual Worlds Best Practices education events, One Billion Rising, BURN2 events and she was involved in past Second Life birthday celebrations.

The Lamplighters blog reported about her passing on 18th September 2016 and they have posted a update about the Celebration of Ladyslipper Constantine life happening at 11am SLT on Saturday 1st October over at the northeast lawn of Virtual Ability Island (SLURL).

With a heavy heart we share news about a much-loved Elder, Lamplighter, Fire Dancer and longtime Burner, Ladyslipper Constantine.

Yesterday the 17th of September, after a valiant fight against cancer, she passed away peacefully, surrounded by loved ones. She will be dreadfully missed, but we shall treasure our memories of this deeply passionate Burner. She takes a bit of our Lamplighter fire with her into the next life.

Celebrating the life of Ladyslipper Constantine…

UPDATE: There was a message shared inworld, sent from Virtual Ability, inviting residents in SL who knew and loved LS.

There will be a Celebration of Life hosted by Virtual Ability for Ladyslipper Constantine on Saturday, Oct 1 at 11am SLT, on the northeast lawn of Virtual Ability island.

The celebration will begin with some of her friends offering memories in text+voice, because LS was part of the deaf community in SL.

A slideshow will display photos of the many events LS participated in. If you have SL images, please send them to iSkye Silverweb for inclusion. There will also be music and dancing. LS loved a good party! 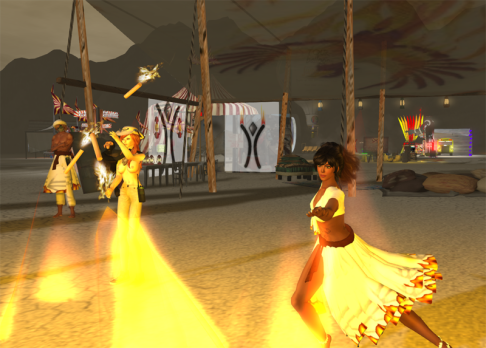 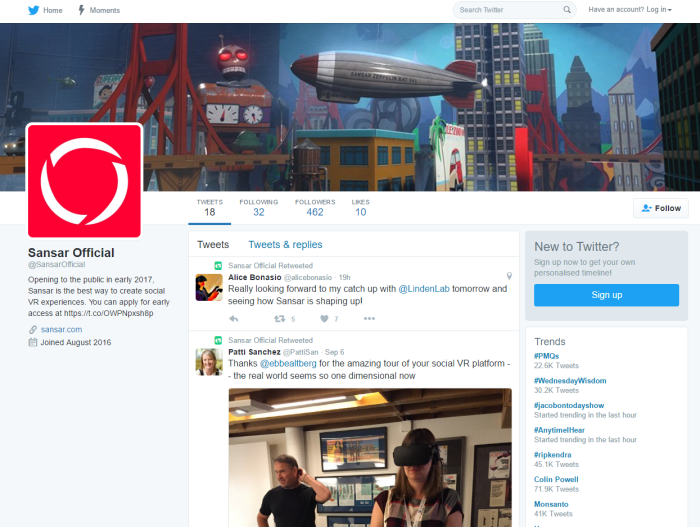 Sansar is due to open to the public in early 2017 and the excitement is already building up with four months until the official public launch. Early access has started for creators and the lab are still sending out invites. Apply for early access here.

if you like staying updated on Sansar then it’s really worth following Sansar Official on Twitter for the latest news, photos and videos. The account was created by the lab in August 2016 and already it has 462 followers. Last week the first in-Sansar creator meet-up happened according to this tweet.

Opening to the public in early 2017, Sansar is the best way to create social VR experiences. You can apply for early access at https://t.co/OWPNpxsh8p

Please spread the word about the official Twitter account for Sansar so everyone can keep updated on a regular basis. Thanks! 🙂

A net growth of 9 regions on the grid this week and while all the growth was among Linden Owned, the number of Private Estates remained unchanged which is probably news in itself

These are the latest grid numbers as of 4th September 2016…

The grid has continued to decline in regions since my last report back in June 2016 and if the decline continues then you can expect the total amount of regions to drop below the 24, 000 mark along with Private Estates dropping under the 17, 000 mark within the next 3 months.

With the public launch of Sansar four months away it will be interesting to see what impact that will have on the grid numbers for both Second Life and for OpenSim grids. We will have to wait and see.

On 16th August Maria Korolov posted this blog post > OSgrid, Metropolis, Kitely lead in land growth which is worth checking out. “The land area of the active public OpenSim grids now totals the equivalent of 63, 286 standard regions, an increase of nearly 4,000 regions compared to last month. Registered users went up by more than 4,000, to 480,834, and actives increased by 439 to 31,609“.

My next Second Life statistics blog post will be posted in December 2016.

The virtual London City in Second Life is celebrating their 7th birthday inworld throughout September and everyone is invited to enjoy the celebrations. This year there are live events, a fun fair, themed collectables, vintage memorabilia hunt and much more.

London City is one of the most popular destination in Second Life known for its community atmosphere, parties, concerts and shopping. There are four regions to explore now with so much to discover and enjoy. There is a freebies megastore next to the hangout area which is worth checking out.

Over the years I have blogged about London City in Second Life from events to interesting videos, London City has had a presence at previous Second Life birthdays and other well-known events. It’s a great place to visit in general and in seven years the city has improved so much.

Check out the London City region map (as of 3rd September 2016). 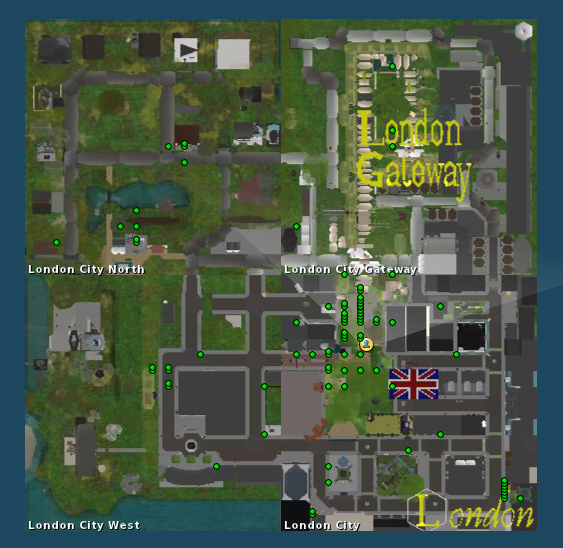 Today Linden Lab has introduced ten new fantasy starter avatars in Second Life and they are available right now to try out. They look really nice and rather cool. The good news is that everyone can personalise these new starter avatars. Yay! 🙂

“These new avatars have normal “system” bodies with mesh wearables, which makes it easy to change their hair, clothes, accessories, and more!”. The new addition includes a “diverse range of “genre” styles including steampunk, vampires, sci-fi, post-apocalyptic… and beyond!”.

Me menu > choose an avatar > select them to wear

New residents joining Second Life will be able to select any of these new starter avatars during the signup process and that’s great to hear. New starter avatars today look more realistic and they are simple to customise.

Back in late 2006 when I joined Second Life there were so few avatars to choose from and they were pretty basic back then. I found this historical photo of what the early avatars in Second Life used to look like back in 2002 onwards. It’s just incredible how far Second Life has come since then for avatars.

Back in May 2014, we introduced a round of mesh-body starter avatars to replace even older starter avatars (that you can still find in your inventory’s Library > Clothing > Initial Outfits folder).

Then in November 2015, we superceded all of those with a new batch of “Classic” avatars using “system” bodies that are easier to customize, partially in response to Resident requests pointing out the inflexibility of the all-mesh bodies.

The blog post goes on to say that with the introduction of Avatar Complexity (ARC) project it’s made creators more aware of balanced content in Second Life. The lab talked about how recently with the roll out of JellyDolls has again helped raise awareness of ARC and how it’s helping to control the resources the viewer spends rendering other avatars.

According to Peter Gray (Pete Linden) who is the Lab’s director of global communications has confirmed this week that Sansar is the official name going forward. Special thanks to Inara Pey and Jo Yardley for confirming this.

The Sansar website has been updated to “www.sansar.com” and I would imagine future press releases from the lab will refer it as “Sansar™“ instead of using Project Sansar. We will have to wait and see.

The lab uploaded four new screenshots on Flickr of Sansar on 31st August 2016 and I think they look really impressive. We are now four months away from the public release of Sansar and I hope to try out the new platform early next year. Can’t wait! 🙂

What do you think of the four new screenshots (above) ?