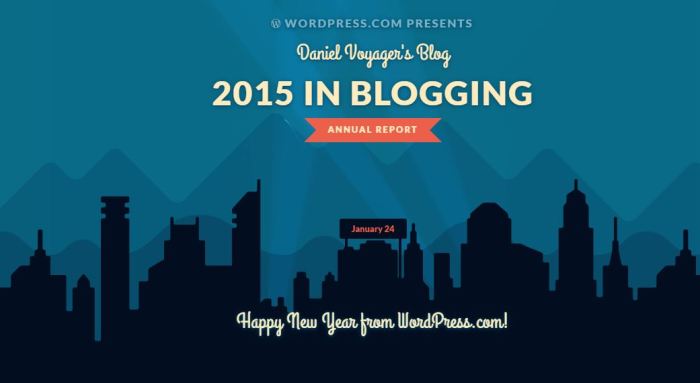 This is my last blog post of 2015 and I would like to say thanks so much for reading my blog this year. I am looking forward to blogging in 2016 and as you know anything can happen. The WordPress.com stats helper monkeys prepared my 2015 annual report for this blog and here are the results. See Full Report Here.

The Louvre Museum has 8.5 million visitors per year. This blog was viewed about 79,000 times in 2015. If it were an exhibit at the Louvre Museum, it would take about 3 days for that many people to see it.

There were 517 pictures uploaded, taking up a total of 122 MB. That’s about a picture per day.

The busiest day of the year was March 19th with 1,095 views. The most popular post that day was Ebbe Linden talks about education, Second Life and next generation platform at VWBPE 2015.

These are the posts that got the most views in 2015. You can see all of the year’s most-viewed posts in your Site Stats.

Where Did They Come From ?

That’s 159 countries in all!
Most visitors came from The United States. United Kingdom & Germany were not far behind.

Your most commented on post in 2015 was Ebbe Linden talks about education, Second Life and next generation platform at VWBPE 2015