The sixth annual OpenSim grid survey is out where OpenSim residents can rank their grids and see how they compare to other OpenSim grids. This is a great opportunity for everyone to rank a grid’s content, community, support, technology and overall experience by filling out this survey.

The results will be published on 6th October 2015.

Bright Canopy came back online on Wednesday 23rd September 2015 after the service was down for almost a month. Bright Canopy service allows users to access Second Life through a user’s web browser. It offers you the choice of using the official Second Life viewer or the Firestorm Viewer interface when logging in.

The pricing scheme has been updated, see below…

It’s a fresh start apparently so that means that everyone will now have to re-register at brightcanopy.com even if you had an account in beta or during the pre-release stages.

If you have any questions about Bright Canopy, contact support@brightcanopy.com.

Draxtor Despres has released episode 32 of the amazing Drax Files World Makers series featuring Jayjay Zifanwe. This month it’s all about Machinima and this epsiode runs for 4mins/59secs.

In this episode JayJay Zifanwe and the University of Western Australia in Second Life helps people to express themselves through using machinima in Second Life. The UWA in Second Life is a great place for artists to come together and take part in many interesting projects.

I thought this episode was fascinating and informative giving a more in-depth look into machinima which is a great way of promoting. Here are some more details about this epsiode…

“The backbone of the our university’s presence in the virtual world is the art and the film. It keeps things alive at all times!” says Jayjay Zifanwe from the University of Western Australia in Perth.

With the blessing of his Dean Jayjay is actively promoting immersive art and machinima made by Second Life residents from all walks of life all the while emphasizing giving voice to creators with disabilities or chronic illness.

The relationship between UWA and the SL art scene illuminates how a major university can use the creative and social aspects of virtual environments to enhance their mission of inclusive learning on a global scale.

May this be a model for other educational institutions to follow?

More information on UWA in Second Life is at http://www.uwainsl.blogspot.com

At 2pm PDT on Saturday 19th September 2015 there will be a grand opening of a new Pop Up Art Park over at Bay City in Second Life. The art park is set up and everyone is welcome to visit in advance of the opening to preview the new exhibits.

Here is the press release…

Derry McMahon and Bear Silvershade invite you to the opening reception for their latest exhibitions on Sat, Sept. 19 at 2 p.m. in Bay City, with Pippa Exonar as our featured entertainer.

This time though, it’s not in a formal gallery.

We’ve watched as galleries flicker in and out of existence, and had shows at several. Two things are consistent: nothing is permanent, and even with the most relentless, ongoing promotion, visitor numbers drop off dramatically after the opening and reach near zero long before a month – the usual length of gallery shows – is up.

Instead of fighting it, we’ve decided to embrace the ephemeral nature of Second Life and experiment with pop-up galleries. It goes like this: Rent a piece of suitable land, set up our work and open it to the public, but just for a couple of weeks.

The short time frame is key. For the patrons, it gives them more incentive to get out and see the show; no putting it off because “There’s plenty of time.” For us, it gives us the freedom to experiment and not feel tied down.

We can set up when and where we want, with whatever style we want. They might happen in different places once a month, or once every six months – whatever feels right.

This was Derry’s idea, by the way, so she’s the one to talk to about it. Our first location is in Bay City, on the Falconmoon sim. We discovered it quite by chance; we had been looking at several commercial properties all around SL, but when we randomly decided to poke around mainland, we found a property we decided would be perfect for a pop-up art park.

Derry is calling her exhibit Double Vision, and she’s paired up her images: one created in real life, one created in Second Life. In some cases, it’s difficult to tell which is which. (Frankly, that worries me a little. They look so alike, so does that mean that Second Life is actually a virtual copy of New Jersey?)

As always, Derry’s images are filled with bright colours so the park setting highlights them beautifully.

Mine, of course, are not so colourful. (You’ll note another difference – I just drove in some fence posts to hang my images from, but Derry insisted on having hers prettily arranged on easels)

The work I am showing this time grew out of my Lonely Streets of Second Life project (which I showed at my former gallery in Avalon). I call this exhibit Solitudes.

Like Derry, I’ve included — for the first time ever in Second Life — a few of my real life images, though I haven’t matched them one-to-one. I am a photojournalist in real life, and the images I have included here are tiny vignettes or scenics, often made on assignment while I am waiting for something else to happen.

The little art park is mostly set up, and you are welcome to drop by in advance of the opening to preview the exhibits or gather images for your blog, but we are hoping you can also make it to the reception on Saturday.

Spread the word about the new opening of the art park happening tomorrow. 🙂

Welcome To My Blog! 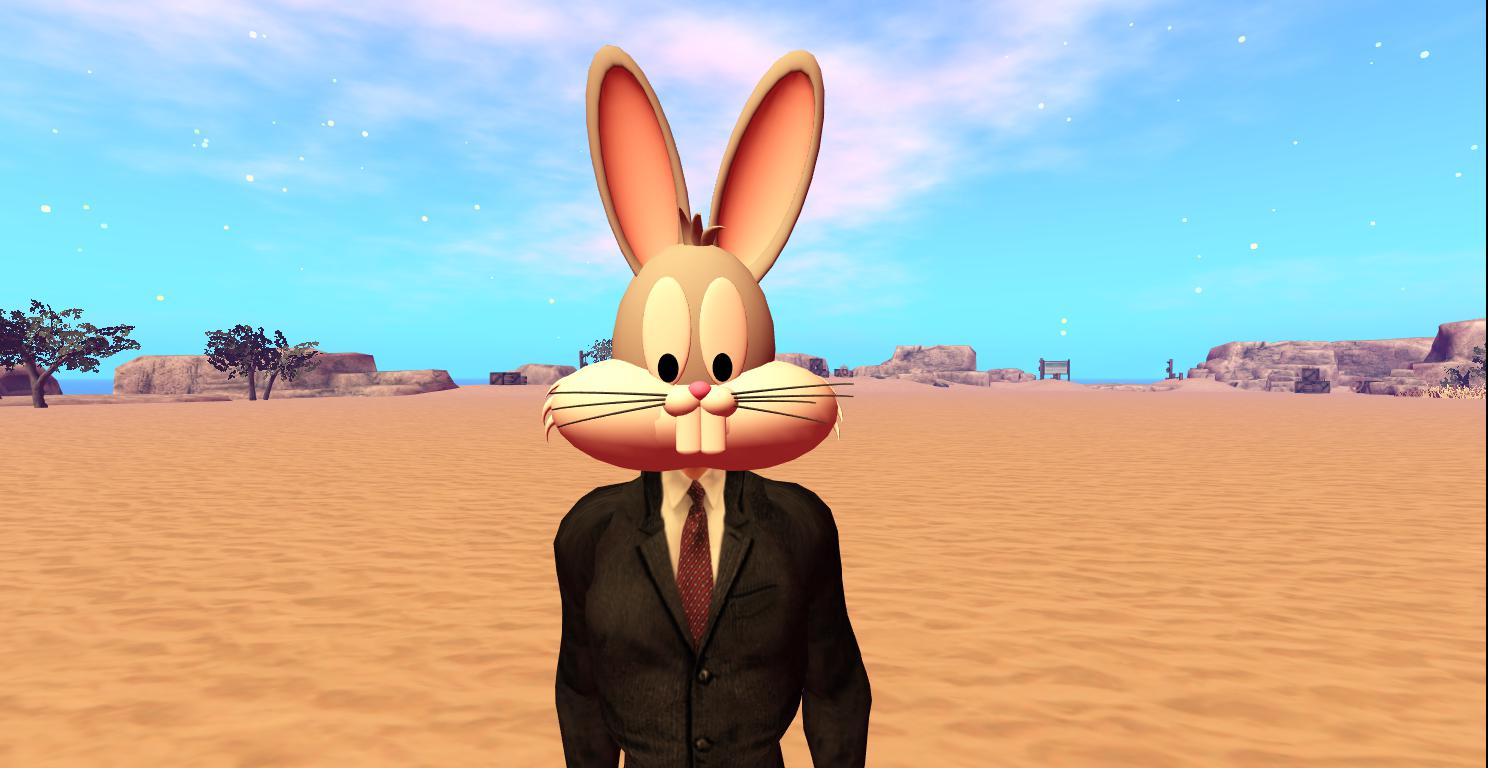