Linden Lab announced on Thursday 28th May that Premium Members can now join up to 60 groups in Second Life from the previous 42 limit. This is great news for anyone that are Premium in Second Life and this change comes into effect immediately.

For non Premium members the group limit still remains at 42 and in the past the lab mentions that the group limit was 10 groups max in the early days of Second Life. It may raise further in the future and we will have to wait until then.

The blog announcement can be read in full below.

Today we’re thrilled to be rolling out another perk for Premium members: now you can be a member of 60 groups! Groups have been a consistently popular feature among the Residents of Second Life. It may not be obvious, but group membership can have an impact on the performance of a number of systems. That’s why in Second Life’s early days, Residents could only join a maximum of 10 groups. Over the years, we’ve made improvements that enabled us to raise the group limit to a maximum of 42, but we know that for some power users, even that isn’t quite enough, and today we’re happy to raise the bar for Premium subscribers.  We must make sure that the recent gains in group performance are not jeopardized, so for now the new limit is a pilot program. If there are no problems, we will look forward to raising the limit further (stay tuned!).

Premium members can immediately take advantage of the new limit. Downgrading from Premium membership will not remove you from any of your groups, but it will mean that you cannot join any new groups until you remove yourself from enough groups to get below the Basic account limit, which remains at 42.

There are many reasons to maintain a Premium membership in Second Life, and we hope this increased group membership limit makes Premium subscriptions even more attractive. We’ll be adding even more benefits and features for Premium members throughout the year.

Learn more about Premium membership and upgrade your account today. You can pay for your subscription monthly, quarterly, or annually – and the annual plan in particular is a great value. In addition to a total savings of more than $47 compared to a monthly subscription, the value of the weekly L$ stipend means the membership nearly pays for itself!

What do you think about this announcement ?

The 1920s Berlin project will be celebrating it’s 6th anniversary in Second Life on Friday 29th May until Wednesday 3rd June 2015. There are six days of events and entertainment that you don’t want to miss this year. Everyone is invited to come along and have fun. See below for the full schedule and spread the word. 🙂

On this day everyone is welcome to visit our sim and take a good look around and see more of the sim than you’re usually allowed to see.
Several of our tenants will also the doors to their private apartments and an ‘Open House’ sign will show you where you can enter and explore how the people in the city live.
The regular 1920s dress code is in place but being allowed to have a peek inside normally private residences is a lot of fun.

1:00 PM SLT – Kids’ Pogo Stick race with prizes!
2:00 PM SLT – 6th Anniversary Dance at the Pariser Platz (At the foot of the Brandenburger Tor) with a show by Fraulein Sonatta Morales and with DJ Myron Byron

2:00 PM SLT – Open Stage at the Biergarten.
Simply show up and be brave enough to step up and share your (PG) talent!

2:00 PM SLT – Miss Berlin pageant!
Who will be Miss Berlin 1929?
Unmarried ladies can sign up by contacting frl Adele Kling.

On 25th May I received the long anticipated email try out Frame from Bright Canopy. Frame makes it easy to run any software in a browser. Firstly I activated my account and signed in to the Frame Launchpad.

I received two hours (120 minutes) of free credit to get things rolling and the service seems to be running very smoothly for my first visit. I had a choice of either using the official Second Life viewer or the Firestorm Viewer to log into Second Life.

I’m really sad to hear that ScarletCSkylaC (Amy) passed away after battling with cancer on Thursday 21st May 2015. ScarletCSkylaC was a friend of mine on Plurk and I enjoyed reading her plurks. ScarletCSkylaC had a really kind heart and soul that touched so many in Second Life/via Plurk.

ScarletCSkylaC will be deeply missed and may she rest in peace. Much love to her family and all her friends at this time. 😦 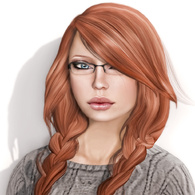 Here is the replay of Ebbe Altberg presentation at SVVR 2015 which runs for 22 minutes. Ebbe talks about Second Life, the Oculus Rift, project SANSAR, The 1920s Berlin project and much more. It’s worth watching if you missed it or if you are interested in the latest developments.

Today marks deadline day for applying for SL12B Community Celebration after weeks of submissions. SL12B applications will be closed by the end of today. Hurry!

I’m looking forward to this year’s press day, exploring the birthday regions and volunteering. It’s going to be biggest event on the grid and everyone should come along to enjoy the 12th birthday of Second Life.

I will blogging more on SL12B in the weeks ahead. Stay tuned. 🙂

Over 55 avatars attended Bay City’s Seventh Anniversary on Sunday 17th May 2015. The parade was great fun down route 66 and the music concert in the North Channel region was excellent from start to end. I can’t wait for next year’s Bay City’s 8th anniversary. 🙂

This was my first snapshot of Bay City on the main grid in late December 2008.

This was one of my first snapshots of the Bay City Map. Taken on 18th January 2009.

Attending the ribbon cutting of the Bay City Fairgrounds. Taken on 25th March 2010.

Rodvik Linden made a special appearance in Bay City. Taken on 23rd May 2013.

Today marks Bay City’s seventh anniversary in Second Life and everyone is invited to come along to celebrate. The seventh anniversary celebrations start at 12pm SLT with a parade lineup starting at the Bandstand in Bay City – Harwich. At 12:30pm SLT the parade will travel down route 66 along to the Bay City Fairgrounds in the North Channel region.

After that there will be a music extravaganza with live performances from GoSpeed Racer, Christov Kohnke, Oblee and Amforte Clarity.

On 15th May 2015 Oculus announced it’s recommended specifications for the consumer version of its virtual reality headset (The Oculus Rift). As many know already the Oculus Rift launches during the first quarter of 2016. Pricing has yet to be announced and hopefully it won’t be too expensive. Oculus also announced that a new version of its SDK (0.6.0) is available for developers if you are interested.

Here’s what you need for the full Oculus Rift experience…

The goal is for all Rift games and applications to deliver a great experience on this configuration. Ultimately, we believe this will be fundamental to VR’s success, as developers can optimize and tune their game for a known specification, consistently achieving presence and simplifying development.

All of the games and applications for the Rift created by Oculus will provide an incredible experience on this system.

Binstock, Oculus chief architect, wrote a detailed technical post outlining the recommended system specification and the reasoning behind it, along with more Rift details, here: “Powering the Rift”.

What do you think of the recommended specs for The Oculus Rift ?