Draxtor Despres has uploaded episode 25 called Oblee on 30th December 2014 and this month it’s all about music. Oblee performs every week in Second Life reaching out to a global audience via live musical performances. Oblee is definitely one of the top performers in Second Life playing amazing music.

The episode runs for 4 minutes and 59 seconds. Check it out and spread the word about episode 25 with friends.

“I do not see a conflict between the virtual and the natural world!” says Indie Musician Oblee.

He lives – with wife, chickens and a brandnew puppy – on a remote 7 acre piece of land in Durango Colorado, but through virtual reality he can connect to a global audience: “I can do a world tour in one day”, he says about his gigs in Second Life, where he plays solo shows as well as collaborative ‘multi-streams’ with fellow musicians from all over the world: “I can feed my chickens during the day and play concerts at night.”

Oblee owns only one synthesizer alongside an eclectic assortment of acoustic instruments: ” I am actually bringing a bit of the real world into virtual reality!”

And so Oblee’s debut album “Wow Bob Wow” – produced in the physical realm but financed entirely through the virtual currency Linden Dollar [Oblee’s Second Life earnings from club and gallery owners who book him to play their venues] – is a perfect example of the synergetic effect of being engaged in both worlds.

“This is what I tell fellow musicians who do not understand VR or SL: that money is to be made here! When I mention that, they are interested all of a sudden. I mean, these are people, when you dangle a dollar bill in front of them, they will play Rolling Stones cover songs for an hour easily…”

The success Oblee has in Second Life has boosted his self-confidence to keep pursuing a music career outside of the digital realm as well:

“When you can do something in virtual reality, who is going to stop you from doing it in REAL reality?”

And to that, there is nothing more to add. Not in this world, or any other…..

Special thanks to Marianne McCann for wrangling extra actors on the ground and building beautiful sets. Thanks also to Pupito from Engrama for playing such forceful drums during a Depeche Mode cover…..

See previous episodes of the drax files series here. You can follow Oblee on Twitter to stay updated on his upcoming performances in Second Life. Woooot!

This is my special blog post looking back at the most popular news/events from OpenSim during the year of 2014. For me I have enjoyed blogging about OpenSim news/events and I can’t wait to start my 2015 OpenSim adventures.

Here are the highlights from January to December 2014 below. All blog posts below are my own blog. What are your OpenSim highlights during 2014 ? Please post them in comments!

I joined the great canadian grid – see my adventures here.

Some new graphs were published to find out the prediction size of OpenSim and Second Life in 2014.

Trying out the InWorldz Info App.

3rd season of Relay For Life of InWorldz opens.

RFL of InWorldz raises over one million izzies.

No posts this month on OpenSim

Update on grid numbers including OpenSim.

It’s been a great year of blogging for me and I have enjoyed the 2014 owl adventures this year too. I’ve enjoyed blogging about the biggest events/news of the year from Second Life and OpenSim grids. Thanks for all of your support this year.

I can’t wait to start my 2015 adventures and blog more about the latest happenings from the metaverse. Woooot!!!!

The WordPress.com stats helper monkeys prepared my 2014 annual report for this blog and here are the results. See Full Report Here.

The Louvre Museum has 8.5 million visitors per year. This blog was viewed about 120,000times in 2014. If it were an exhibit at the Louvre Museum, it would take about 5 days for that many people to see it.

There were 615 pictures uploaded, taking up a total of 130 MB. That’s about 2 pictures per day.

The busiest day of the year was May 16th with 1,859 views. The most popular post that day was Linden Lab announces new starter avatars .

These are the posts that got the most views in 2014. You can see all of the year’s most-viewed posts in your Site Stats.

The top referring sites in 2014 were:

That’s 180 countries in all!
Most visitors came from The United States. U.K. & Germany were not far behind.

In 2014 Second Life lost some great talented people and they should never be forgotten. It’s heartbreaking when love ones pass away however we should celebrate their lives. 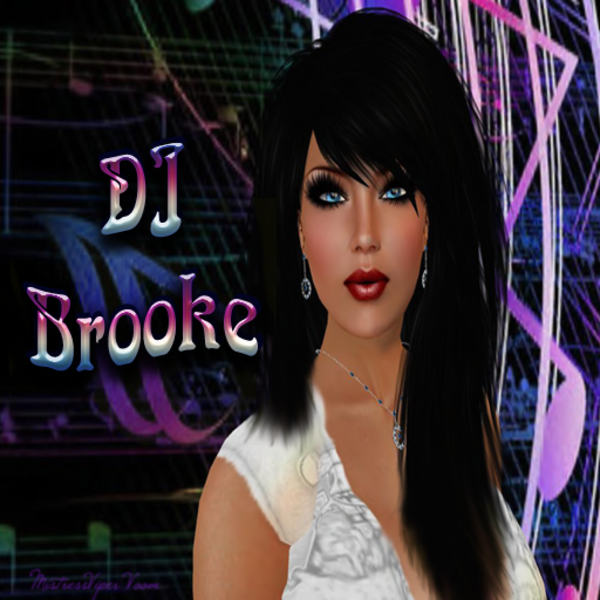 Ever Dreamscape – Passed away in early May 2014 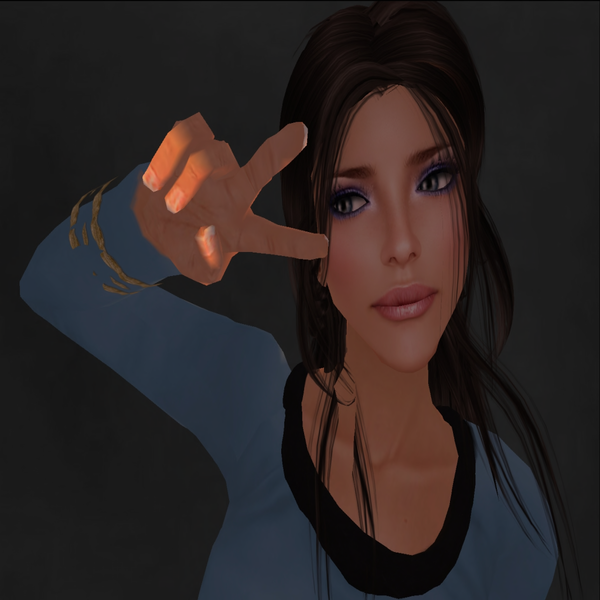 All of the above will all be greatly missed in Second Life. If you know of any other SL friends that passed away in 2014 please comment so we can remember them. Thank you!

BAY CITY, SL (27th December, 2014) – Bay City is one again preparing for their annual “Prim Drop” on 31st December, with festivities commencing at 11:30 pm SLT: Festivities will take place at the Bay City Fairground in North Channel with a brief music set presented by Marianne McCann as well as fireworks and other fun. Food and drink will be provided.

The event is themed as an outdoor, wintertime soirée, and black tie attire is recommended. Nevertheless, all Second Life® Residents are welcome to attend and mingle with Bay City’s high society.

This will also be the last event in Bay City this year for donating to Child’s Play Charity (www.childsplaycharity.org) . Child’s Play is a 501c3 non-profit organization offers online communities such as ours an opportunity to help seriously ill children around the globe during their hospital stays with the purchase of games and gaming equipment.

As of the 24th of December, Bay City has raised a staggering L$355,273 for Child’s Play Charity through their annual silent auction and tree lighting concert, a Christmas tree sale, and other events.

For more information, or to participate in the event, please contact Marianne McCann.

This is my special blog post looking back at the major breaking news stories from Second Life and Linden Lab between January 2014 to December 2014. Let’s rewind 2014 and see the highlights – see below!

In early January 2014 Linden Lab turned off the Direct Messages feature on SL web profiles because of a rise in abuse of the system.

The Relay Rockers announced their plans for the 2014 Celebrate Remember Fight Back Top DJ Competition.

The SL profile feed snapshot upload was fixed in mid January after many weeks not working correctly.

The biggest news story of January 2014 was the big shock announcement that Rod Humble (former CEO of Linden Lab) stepped down after 3 years in the job.

In late January 2014 VWBPE removed the CloudParty platform due to Yahoo acquiring CloudParty.

Second Life was seen on the internet map in early February 2014. I mentioned in the blog post that the map was one of the best maps of the internet to date. The map is divided into many continents. Check it out!

In early February 2014 Bay City celebrated it’s 4th annual Mole Day where over 30 avatars attended. Great music was played with a special dance at the end of the day.

The biggest news story of February 2014 was the announcement that Ebbe Altberg is the new CEO of Linden Lab.

In mid February 2014 there was a small invitation-only meeting with Pete Linden and Ebbe Linden for a meet and greet with the SL press. The first meet and greet meeting with Ebbe Linden went extremely well and everyone had a few questions to ask Ebbe. Ebbe talked about the past, current and the future of Second Life which was very interesting.

Later in the month Linden Lab ceased development and support for Dio, Versu, and Creatorverse. The three axed products were removed from the Linden Lab products page.

In mid March 2014 Linden Lab called for beta testers for a limited beta for Oculus Rift integration in Second Life. `

In late March 2014 Dirk Talamasca sadly passed away. The memories will live on and he will be missed deeply forever more.

Confirmation details were released for SL11B community celebration. Again it was a successful event. Thanks to all that took part and made SL11B happen. 🙂

In late April 2014 there was a special tribute show by Designing Worlds to celebrate Dirk Talamasca life.

At the start of May 2014 there was mention from Ebbe Altberg that new starter avatars were on the way.

In mid May 2014 Ever Dreamscape sadly passed away from liver failure.

In mid May 2014 Bay City celebrated its 6th anniversary in Second Life. There was an exciting parade, live music and over 50 avatars attended the annual event.

In late May 2014 the 1920s Berlin Project in Second Life celebrated their 5th anniversary.

Linden Lab launched a photo contest for SL11B and everyone had a chance to win L$10, 000.

Linden Lab announced details about working on the next generation virtual world.

In early July 2014 there was a live Q&A session with the Firestorm team/Linden Lab about the future of Second Life.

In mid July 2014 Linden Lab announced new experience keys and the return of the cornfield.

The 10th annual Relay for Life of Second Life weekend kicked off. Stats can be found here.

in late August 2014 many residents took part in the ice bucket challenge in Second Life.

Linden Lab announced that from Saturday 1st November 2014 the new enforcement of the updated Skill Gaming Policy will come into effect.

In early October 2014 Ebbe Altberg had a special interview with Designing Worlds. Highlights can be found here.

With less than a week to go until the start of 2015, it’s time to look back at my blog stats and find out which blog posts were the most viewed during 2014. Here we go…

Thanks so much for reading my blog during 2014 and I think it’s been a good year in general. Thanks for all the blog comments/likes this year.

2015 is going to be a interesting year for sure and I’ll forward to another year of blogging about the latest metaverse news from Second Life/OpenSim grids.

Stay tuned for more highlights of 2014 in the coming days. 🙂

Wishing you a lovely day filled with family and friends, yummy food and goodies. Thank you to everyone that has read my blog this year and I can’t wait to blog more in 2015! 🙂

Check these new Second Life promo videos out below. Spread the word! 🙂

What do you think about these new Second Life promotional videos ?