There are now just 2 days until Second Life officially turns 10 years old on Sunday 23rd June 2013 and Linden Lab have published a really interesting SL10B Infographic of ten years of Second Life in a recent press release via LindenLab.com. I’m very surprised with many others by the stats released. I do like the layout of the graphics and interesting stats shown below. It makes good sense for the lab to publish these stats after ten years. I would like to see the return of quarterly SL economy stats again to see what is going on with the SL economy. Agree? 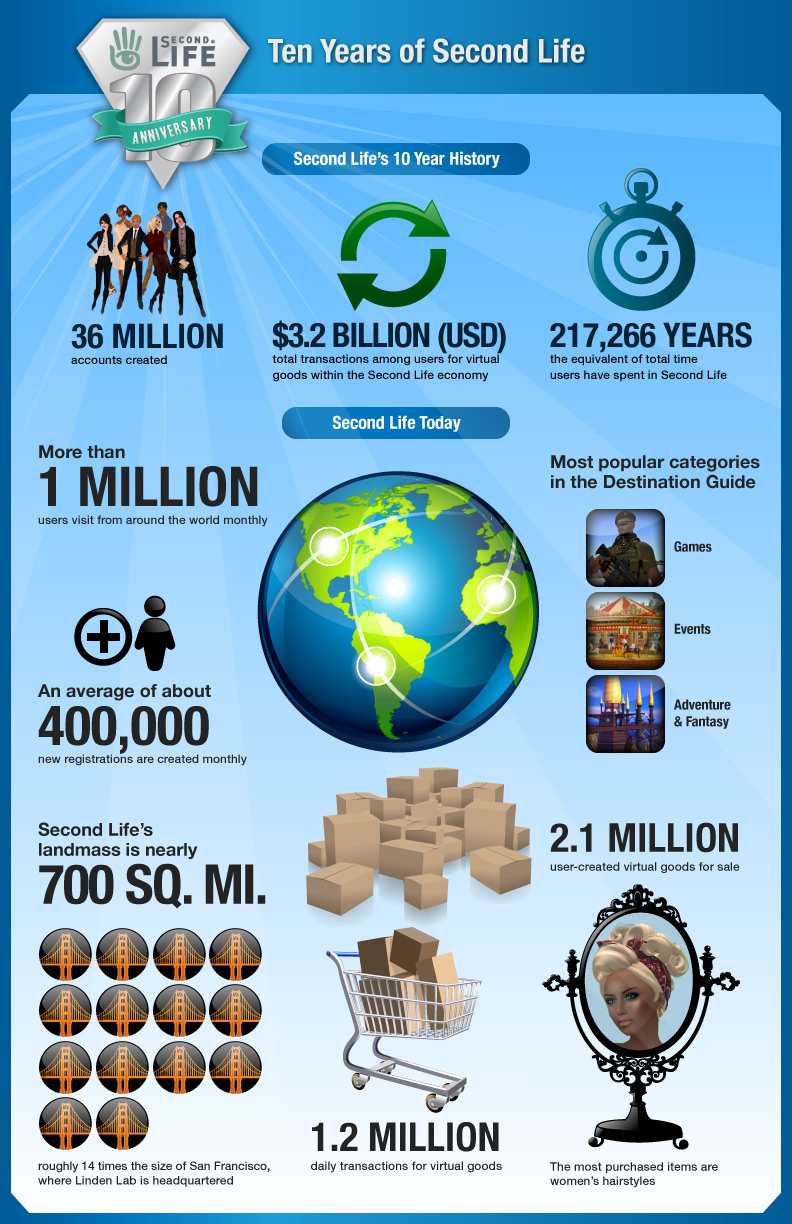 If Second Life is still around in ten years from now it will be interesting to find what those infographic stats will be like in June 2023. Hopefully Second Life will be around for another ten years or so and it’s going to be exciting to see what lies ahead. I’ve now been in Second Life for almost 7 years and seen many changes over the years.

I think we will see more new technology introduced from Linden Lab in the coming years making Second Life more realistic, faster and better improved. I would love to see growth in the SL economy again and more users staying with Second Life in the coming years. More regular communications (blog posts, office hours, social media updates) between Linden Lab and SL community would be nice. Revamped new user experience and a return of the volunteer program would be most welcome to many. Finally I would love to see Linden Lab supporting seasonal big events like BURN2, SL birthdays and Winterfest.

What do you predict will happen with Second Life in the next ten years ?