Today is BURN2 Press Preview Day 2012 in Second Life and I went along to to visit the six Burning Man sims. This year marks the third year for the BURN2 event in Second Life and sets to be massive this year. This year there will be over 40 live performers, over 50 live DJ’s with 120 art plots to visit. There are more than 100 builders and artists for BURN 2012. This year expect the sims to be full of art, music and fire.

I have been visiting Burning Man which is now known as BURN2 since 2009 in Second Life. Every year the event gets bigger and there is more interest every year to make it rock. I got my BURN2 2012 Media Kit with information, landmarks and photos. Then I went to visit the main attractions for BURN2 2012 and went looking at artists builds which look impressive this year.

New BURN2 2012 Map showing key locations to visit this year. There are the artists builds to see, live music events to attend, for everyone to come together and celebrate BURN2 2012. Don’t forget that The Man and The Temple will be set on fire inworld which will be bigger than ever before this year. 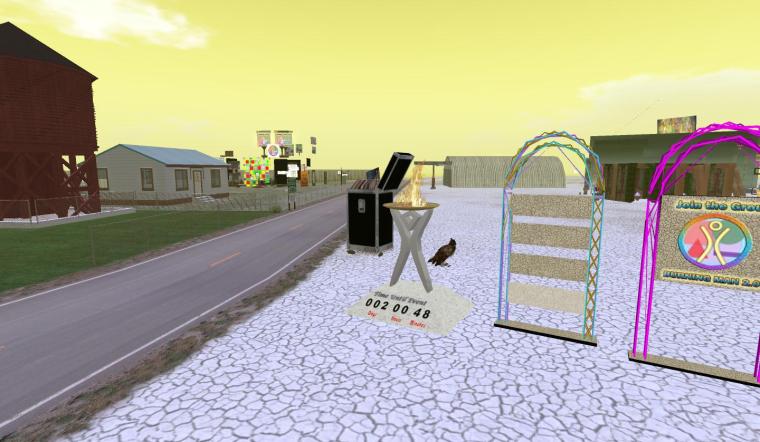 I’ll be blogging about BURN2 2012 alot between now and the end of BURN2 2012 and you can view my latest BURN2 snapshots on my SL Flickr stream.