On 24th April 2012 I reached the 2000 days old milestone in Second Life which is awesome. I have enjoyed my adventures in Second Life so far and its amazing how time just flys past so fast. I’m looking forward to another 1000 days+ and more in Second Life. Yay!

Check out my SL milestones so far! 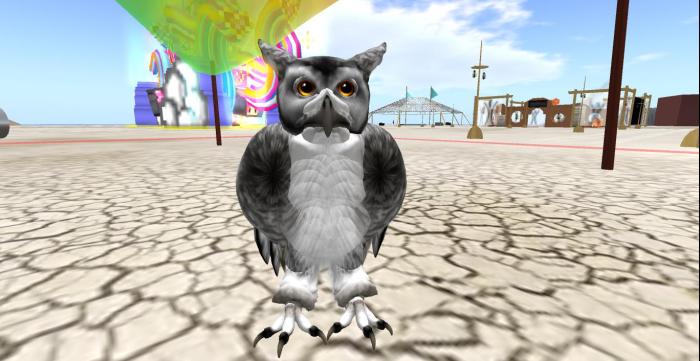 Thank you to all of my SL friends, followers and fans that I could not survive without in Second Life. *big smiles*

Apparently there will be a mega science fiction literature event in Second Life which will be happening on Saturday 5th May 2012 at Kafe Kruemelkram, Ataria in Second Life. This event is ideal if you are into story writing and love listening to stories in Second Life/real life. Full event details below and a snapshot of the amazing astronomy location. Its definitely worth visiting and attending next weekend.

As we say in Germany: Great events throw their shadows ahead.
On May 5th an event will take place in Thorsten Küper’s and Kirsten Riehl’s steampunk location Kafé Kruemelkram that may be unique in the history of Second Life: Five science fiction writers from five continents, all writing in English, will read from their works live. I’ll be honoured to take the part of Europe and read one of my English stories. The invited writers are:

Will you be attending ?

Yesterday Linden Lab published an update on the Second Life Grid Status Reports page relating to the long downtime of the grid on Thursday 26th April 2012. This may or not happen again next Monday due to scheduled maintenance to correct the bug that caused the downtime a few days ago.

We will have to see what happens…

[UPDATED 2:30pm PDT, 27 April 2012] On April 26, 2012, the Second Life engineering team was performing an upgrade to the core network. The upgrade triggered a bug that led to downtime and instability throughout the day. The maintenance described in this post is scheduled for Monday, April 30 at 6am PT in order to correct the bug and may result in additional service interruption. We apologize for the service disruption and appreciate everyone’s patience.

SL concurrency levels went down to 10, 885 during the SL unscheduled maintenance on Thursday 26th April 2012 according to the SL Grid Survey which is a surprising low figure. However saying that it’s been much lower in previous years like in 2007 during downtime Wednesdays where the grid was down for many hours. In 2012 there’s around 30, 000 to 65, 000 logged into Second Life at any given point in time.

Else where it seemed like the SL community on Thursday were trying to log into opensim grids during the unscheduled maintenance time-frame.

It seems like Second Life is offline due to undergoing unscheduled maintenance right now. Latest updates check http://status.secondlifegrid.net/. I have not seen this Login Failed message for a while. On going discussions from the SL community about this can found on Plurk, Twitter, SLUniverse and the SL Forums. Hopefully logins will resume soon! 🙂

Login failed
Due to system problems. logins to Second Life have been disabled until further notice. Please monitor the Grid Status page
for updates.

This afternoon when I was checking through my SL Facebook friend stream I found out that Brandy Maltas who is one of SL friends published with a few others are in process of co-ordinating their own SL9B event. This will be SL resident supported and this event will be hosted at six well known SL Live Music venues around the grid. This is the first event I have heard about so far for SL9B and i’m sure there will be more in the coming weeks.

Below: Details announced via Brandy’s Facebook page. More information will be posted soon apparently on musicians, venues and times soon. Brandy hopes to send out a FB event when everything is completed very soon. Stay tuned for update 2!

Keep an eye out for more information to come!!! 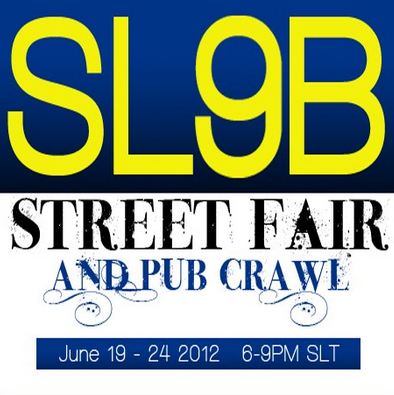 Unlike previous SL birthdays,  all musicians will be paid. There will be 12 sponsors and 100% of the sponsor money is to pay the musicians which sounds great. This is good news for SL musicians I think and i’m sure more will be interested in this special live music birthday event.

Interested? If you have planned any events/plans for SL9B then feel free to share in comments. I will be blogging SL9B events that will be happening during June 2012. I believe Linden Lab will be adding SL9B community supported events on the Second Life Destination Guide soon.

Kaito helps Mika recover a mysterious box….what does this have to with Flufee? Watch, find out & enjoy pondering life’s persistent questions….