Cubey Terra has announced today that Abbotts Aerodrome is closing on 1st September 2011, which is Second Life’s second oldest airport on the grid. This is very sad news for the SL community to see a part of SL history go. Abbotts Aerodrome was founded in January 2004 by Apotheus Silverman and Cubey Terra. More history can be found here.

The reason for closing down was to mainly move on I think.

I’ll keep my Marketplace stuff online, but nothing else. I’m definitely done making new stuff. It great fun, but I have to move on. 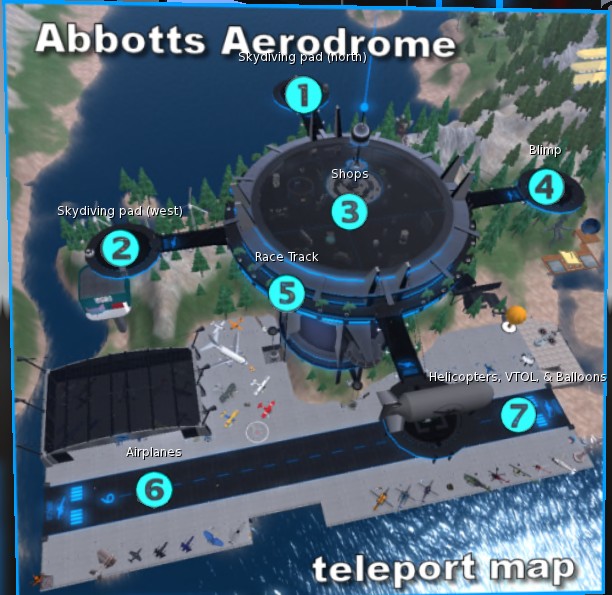 During the last 24 hours or so there were reports of unidentified griefers using the name Meeroos Resident, apparently selling unauthorized food in the Twas region. Meeroos starving started shortly afterwards which is not good news at all for the owners.  The account called Meeroos Resident was blocked by Linden Lab and Twas was closed down. Since then there have been alot of Meeroos discussion on Twitter about this.

UPDATE (10:37am US Pacific Time): The account has apparently been stealthily reinstated by Linden Lab, secretly and with zero communication with the account-holder. The account-holder simply kept trying periodically, though with little hope, and the system suddenly accepted the account as valid.

The latest update is this from the blog:

***UPDATE EDIT 4*** 10:37am We discovered we have been unblocked from Second Life after testing the account about an hour ago. Although we still have not heard from Linden Lab regarding anything yet, we are so pleased with the unblock. Levio has taken the day off from real life work and is working diligently! We should be back online very, very soon! We know the grid is being flooded with unauthorized food from these attackers, as now they are placing them at verious meeroos marketplaces run by players. As soon as we hear anything back from Linden Lab will update you.

Ely Hynes tweeted this message to Rodvik Humble and many are waiting to hear the response from Linden Lab now.

What do you think about this Meeroos news ?

It looks like Linden Lab have added a new SL login screen page on Viewer 2.8.1. It’s now live on http://viewer-login.agni.lindenlab.com/ so check out the new web launch of the login screen. I like this new improved SL login screen than previous ones. But I would like to see the current SLT/PDT clock with grid stats perhaps in the near future.

Older versions of the SL login screen can be found here.

The current sl login screen page looks like this on Viewer 2.8.0 only showing two boxes with links. 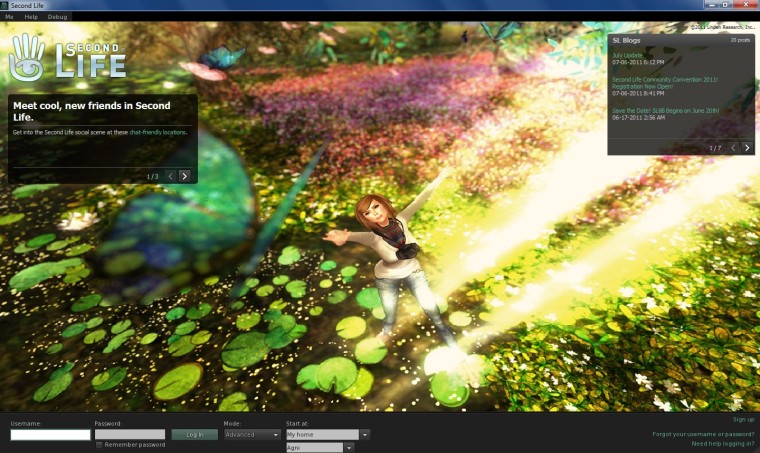