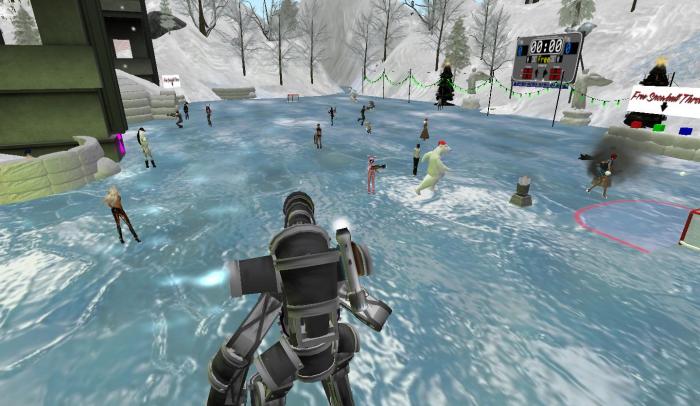 Well that’s it for another year of snowball fights by Linden Lab at SL Winterfest 2010. I think everyone had a good bash at Lindens in the snowball fighting today between 8-9am SLT at Breakaway region. Today the following Linden Lab employees came over to enjoy the fun with residents.

You’ve been hit by…

The yearly Lindens Vs Residents snowball fights started yesterday afternoon between 4pm-5pm SLT in Breakaway and Cross Check regions. The hour long snowball fight round 1 was so much fun but there was a few sim crashes and it was very laggy this year. I’m glad Lindens picked to host SL Winterfest 2010 at the locations they selected this year. Different scenery.

Many residents were throwing snowballs, watermelons, pumpkins among other things. Linden Lab employees came with interesting sorts of snowball launchers and snowball machines fighting against 40+ residents.  I managed to see many Lindens and throw snowballs at them including: